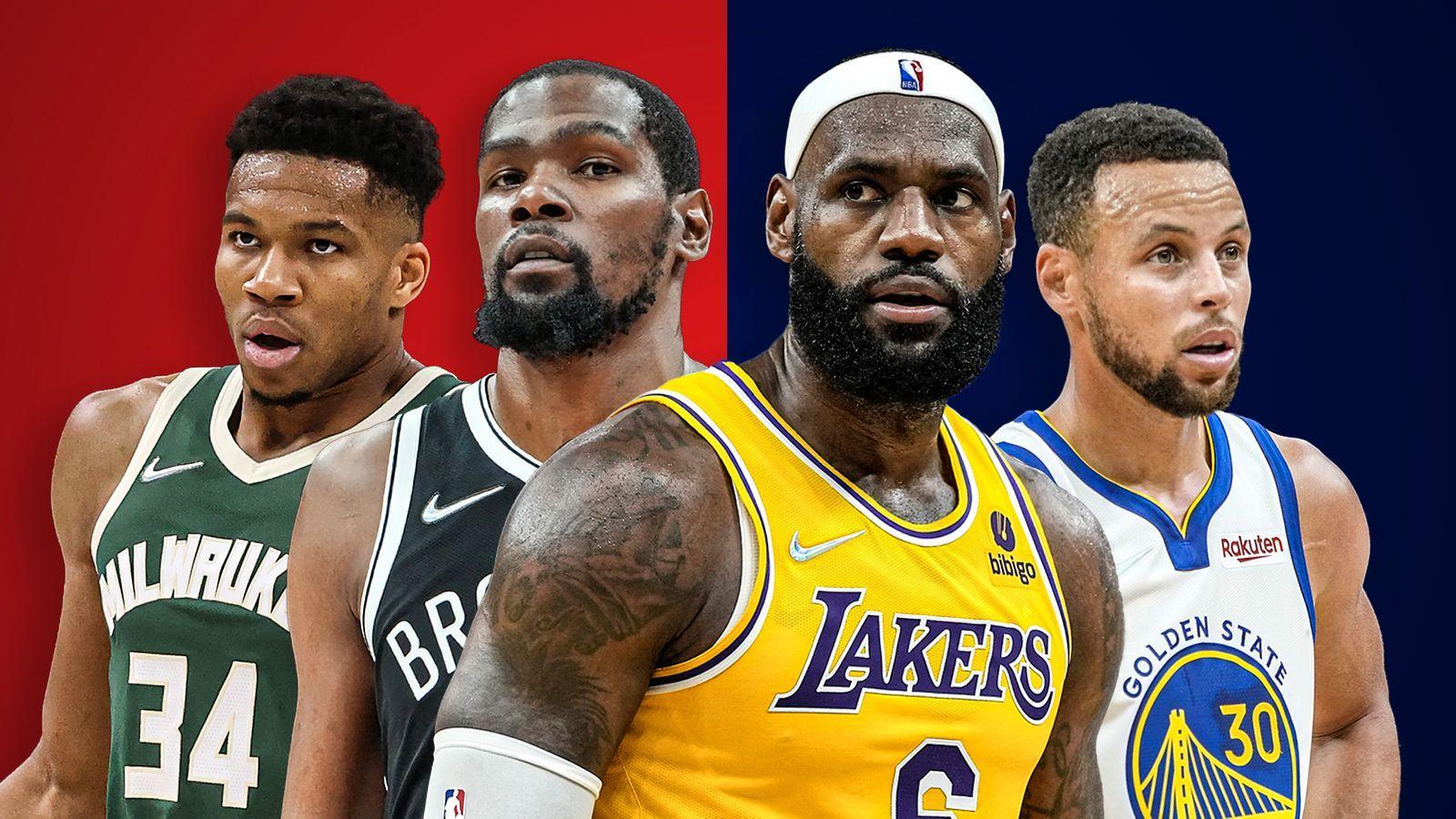 The season has passed the quarter pole and it’s time to discuss which players are in the MVP conversation with plenty of road left on the schedule. Are they the usual suspects or is there a newcomer to the bunch? Let’s find out as we examine the stats, watch the game film, and talk about the four top contenders thus far in the young season.

Several candidates could very well creep up the rankings and be there in the final balloting when the regular season comes to a close. But unfortunately, at this point, our top four spots are all locked up and there is no room at the inn for anyone else to join.

However, we would be remiss if we didn’t mention several superstars waiting in the wings to swoop down and knock one of their fellow phenoms from this list. And the honorable mentions, in no particular order, go to Luka Doncic, Trae Young, LeBron James, DeMar DeRozan, Zach LaVine, Jimmy Butler, Rudy Gobert, Paul George, and Anthony Davis.

The NBA odds at many of the best online sportsbooks reveal Kevin Durant as the third choice to win the 2021-2022 NBA MVP Award. Getting back 5-1 on your money with KD, an 11x All-Star and the 2014 Most Valuable Player, is pretty tempting and if he took home the hardware this season, we would hardly be shocked.

After roughly a quarter of the season in the books, Durant is missing one-third of the three-headed monster in Brooklyn but even without Kyrie Irving, he is still making it happen on both ends of the court. KD is scoring 28.1 points and nabbing 7.7 boards along with 5.5 assists per game and Brooklyn is currently at the top of the Eastern Conference standings by the thinnest of margins. But much of that has to do with the sublime skills of Kevin Durant and to a lesser extent, at least this year, James Harden.

Steph Curry is enjoying another magical season and the fact that he is at No. 3. and not ranked tops on this list is more about the stunning seasons of the other two above him rather than an indictment of anything he has or hasn’t done.

Curry is averaging 27.5 points, 5.7 rebounds, and 6.5 assists this season which is 4 ½ points below his league-leading average last year. Nevertheless, Curry is shining brightly and the Warriors have the best record in the league due in large part due to No. 30. Last season, Golden State fans were critical of head coach, Steve Kerr, limiting Curry’s postseason playing time but this year he believes the team is made of championship timber.

“We were not great last year. We were in development mode. I was not going to burn Steph out in a year like that…This is a totally different year. We have a championship contender,” Kerr added.

Curry could very well be leading the Dubs to another NBA title and we could easily see MVP Trophy No. 3 on Curry’s mantle before it is all through. 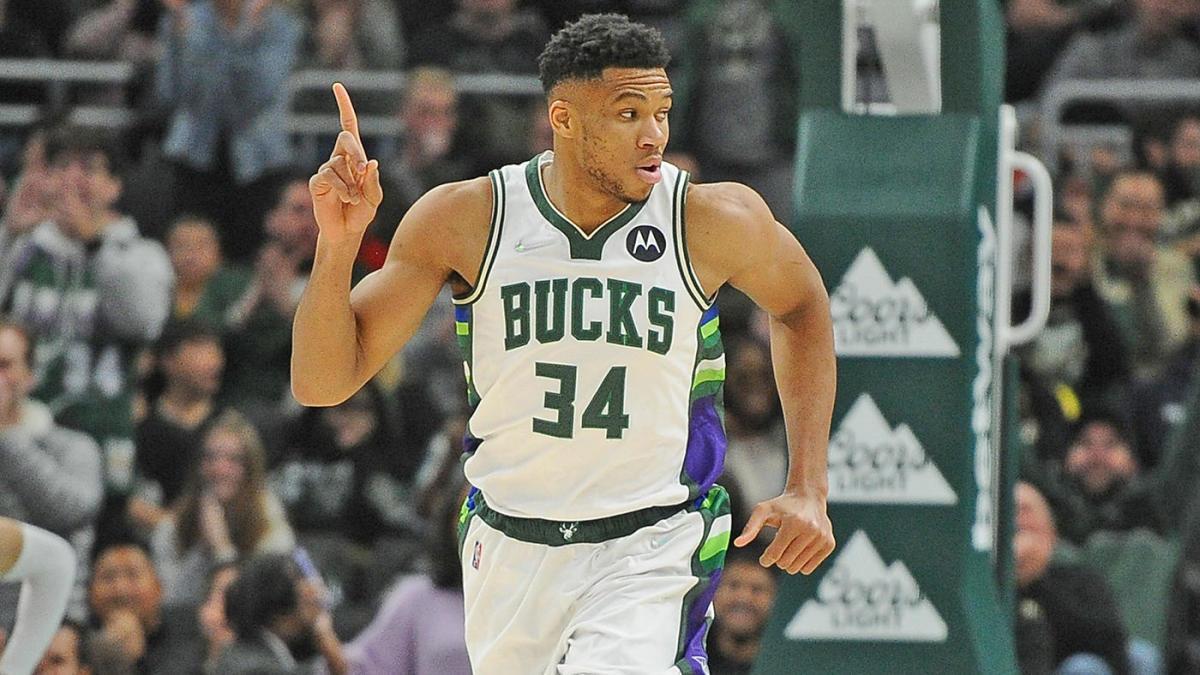 He’s affectionately known as the Greek Freak because Giannis Antetokounmpo hails from Athens and his athletic prowess is beyond the pale, freakish if you will. And once again Giannis is tearing it up and priming his Bucks for a second consecutive world title. After 21 games down, the Greek Freak is ranked second in scoring, behind only Kevin Durant, averaging 27.6 points per game, and is cleaning the boards to the tune of 11.8 rebounds per contest.

There are few in the game that can guard the 6’11” tower of power but no one can fully stop him. He is the proverbial irresistible force and he owns the paint whenever he decides to crash the party down low. The Bucks are coming around after a bit of a struggle to start the season but a last-second game-winning layup against the Hornets had his teammate, Khris Middleton, applauding the big man.

“People talk about him just being dominant, but on that shot, you can see the skill that he has,” Middleton said. “He’s not always dunking over people, not always using the jump hook. That’s a tough layup even for guards, and he’s a 7-footer coming down to end the game. Going over, then under an arm, then flipping it with a little bit of spin off the glass, that just shows you the type of skills he has as a player.”

Meet the new boss – same as the old boss. That’s the signature line of The Who’s “Won’t Get Fooled Again” but if you were fooled last year when Jokic took home the MVP Trophy then you won’t be this time because he is proving that last season wasn’t a fluke.

And while his status as the current king of our Mount Olympus of NBA superstars might mildly surprise some, there are several reasons why he sits atop all others. His stats are, of course, MVP worthy as he is averaging 26.1 points, 13.6 rebounds, and a stunning 59 percent field goal shooting as we compare these marks to last year’s MVP season when they were as follows: 26.4 PPG, 10.8 rebounds, and 56.6 FG%. The Joker also has the highest Player Efficiency Rating (PER) in the league at 35.37.

The Nuggets are only 11-11 and if they don’t improve markedly, Jokic won’t have much of a chance to repeat, as it is difficult to give the MVP Award to a player on a mediocre team. But look for a much better second quarter for Denver and if so, Jokic’s current MVP odds of +1500 could plummet quickly.