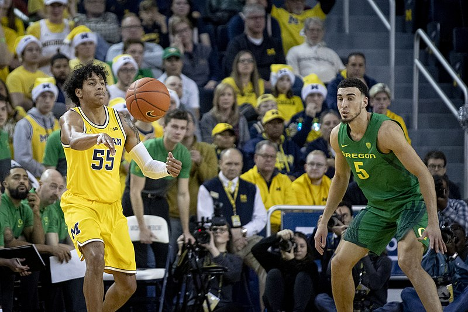 There are several reasons to be excited about the upcoming NBA season. Apart from the usual, fans will be interested in seeing how the new-look Los Angeles Lakers fare after bringing in the likes of Russell Westbrook and Carmelo Anthony. DeAndre Jordan has also since joined the Lake show.

Of course, a number of other teams are headed into the campaign on the back of a number of offseason moves that leave them in intriguing positions. The Golden State Warriors are also expecting Klay Thompson back and his return should make the Western Conference quite interesting.

Also commanding attention is the number of impressive rookies who have come through. The first-year players were on show during Summer League earlier this year and have left fans piqued in the wake of what they put on display.

The Sacramento Kings are the reigning Summer League champs after beating the Boston Celtics to lift the title in Las Vegas. Summer League is a very important part of the NBA offseason as it allows teams a proper look at players they’re keen on exploring while they’re in competitive play.

Given what we’ve seen so far, here’s what we have on some of the top players to come through in the 2021 class.

The Nets hardly need more firepower after nearly getting to the NBA Finals without Kyrie Irving and a hobbled James Harden. The team expects to have all three of their superstars healthy next season but, in the meantime, enter Cameron Thomas.

The No. 27 pick in the draft ended up averaging 27.0 points a game to lead all of Summer League in scoring. He might just end up in the perfect environment to hone his skills as he will have three of the best mentors a rookie can ask for.

The Nets have lucked out here because the player was expected to get drafted somewhere right after the lottery through to the early 20s. He also has a turnover problem but the Nets will be glad to overlook that as long as he can score with consistency when he gets his opportunities.

Johnson is in the NBA having gotten drafted by the Atlanta Hawks as the 20th overall pick of this year’s NBA Draft. Considered a risk after withdrawing from Duke in the middle of the college campaign, the Hawks still couldn’t pass up the opportunity to bring such a promising young forward in.

Atlanta looks keen on getting wing players boasting potential on their roster and, so far, they look to have pulled off a proper acquisition. Johnson averaged 19.0 points and 9.5 rebounds per game on 57.4 percent shooting from the floor and 41.7 percent from beyond the arc. While he has shown an Achilles heel when it comes to possession, his upside outweighs as his shooting was simply impressive in Summer League. He looks like he could be a top rotation player for the Hawks in the coming season and, if he can work on limiting turnovers, could have a remarkable personal campaign ahead. 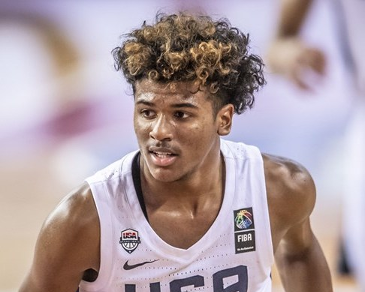 Jalen Green was the No.2 pick of the draft, so much is expected of him. He had quite a lot to show off in the three games he played in Summer League. The former G League star averaged 20.0 3 points per game while shooting 51.4 percent from the field. 52.6 percent from three and 92.9 percent from the free-throw line. Those right there are some numbers.

The Rockets are looking to go in a different direction and have informed John Wall they won’t be needing his servicesand will help him look for another team. Whether or not Green could take them where they want to go is left up to time to tell but it will certainly be interesting to see.

The NBA betting odds today aren’t all that high on the Rockets’ chances but they do have a nice young core that the Rookie of the Year candidate will complement.

Chris Duarte is another rookie guard who had a sensational Summer League. He averaged 18.3 points per game over the span of four games but showed he can be effective elsewhere with averages of 4.0 assists and 3.8 rebounds per game.

The Pacers likely prompted some questioning after picking Duarte at No.13 but they could use a three-point specialist, though the player is already showing he could be a lot more. Malcolm Brogdon will be the chief ball-handler in Indiana so Duarte won’t be deployed as a distributor yet he can probably step up if need be.