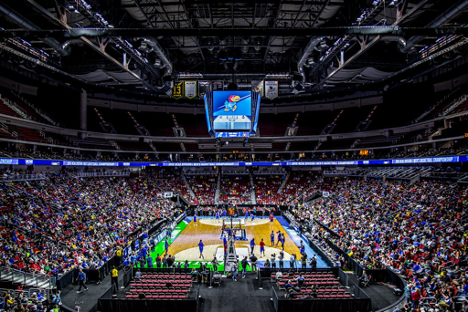 NBA fans are still waiting to see what this year’s rookie class has to offer. The recent NBA Draft saw a number of top talents come in from college and the G League and some of them have put in impressive Summer League campaigns. However, the business doesn’t actually start until October.

While we’re yet to see what the 2021 class will bring to pro basketball, the focus is already shifting to next year’s prospects and we have some of the top players listed right below.

The shooting guard recently committed to Kentucky and fans will be excited to see what he brings to the program. Standing at 6ft 5in and weighing 185 lbs, the Canadian is an explosive rim attacker who is hard to keep track of as he has a quick first step that often leaves markers in his wake. He has a great wingspan and is able to move well laterally, which makes him as formidable on defense as he is on offense.

Sharpe has the ability to get his shot in the lane and has seen remarkable improvement as a ball-handler and pull-up jump shooter. He has also improved his three-point shooting

His control of the basketball has made it so that he’s able to create more shots for himself and others.

“The 6’5 guard originally from Glendale, Arizona has it all; athleticism, size, the ability to easily create his own offense and can shoot the lights out of it.” Bustingbrackets.com’s Tristan Freeman writes. “There are simply very few weaknesses and Sharpe is the kind of scorer that can average around 20 ppg in the right situation in college.”

The Wildcats are 15/1 to win the NCAA Championship next year though their prospects where it pertains to the NCAAB odds could improve when Sharpe gets going.

A 7ft 1in power center weighing 220lbs, Derek Lively is quite athletic and presents lots of upside to Duke, having committed to the Blue Devils. The Pennsylvania native is pretty mobile for his size, as his last name suggests, and is an excellent rim protector and rebounder.

Lively is one of the players who loves being a big man, taking pride in his rebounding, and is very high energy as shown by his insistence on sprinting the floor. He is also a major screen and roll threat and has the looks of a player who could be dangerous both in the post and the perimeter.

Amari Bailey already looks quite the mature player. A very athletic combo guard, the UCLA commit from Chatsworth, Los Angeles has developed a reputation as a Ben Simmons-type playmaker. He has the length and size of an older player, weighing 190lbs and standing at 6ft 5in. He’s pretty strong, albeit lean, and will be quite the physical presence for UCLA.

A smart finisher in the lane, Bailey is also a great passer who can find open teammates. Like Simmons, he isn’t that great a shooter but he won’t be shying away from the jumper like the Philadelphia 76ers guard who has refused to report in for training camp as he’s intransigent over his trade demands. 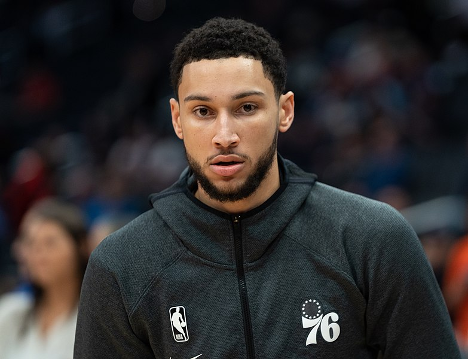 Bailey is a bit of a threat from three-point land and can hold his own on the perimeter. Where he’s most dangerous is playing in transition running in the open floor as he’s a difficult pickup for defenders who have trouble keeping him from charging to the basket as they’re well aware of his passing ability.

The Texas native honed his skills at the IMG Academy and will be playing for the Baylor Bears in the next college season. The shooting guard is one of the most potent scorers in his class but isn’t overly concerned with making the shots himself and mostly does so within the flow of the offense.

Able to hurt defenses from anywhere on the floor, George has little difficulty getting to his spots due to him being a talented handler of the basketball with the ability to shoot off the dribble

He isn’t the quickest guard around but makes up for his lack of speed with pure skill. The guard is very comfortable in possession and is also an excellent decision-maker but has the tendency to zone out during games. He does give off that don’t-carish disposition and could certainly be a better defender with more concentration on the other side of the ball. He should grow out of the above under the tutelage of a college coach and there’s just so much upside to this kid – he has what it takes to go to the very top of the game.