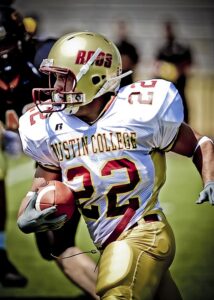 Despite the uncertainty surrounding this year’s NCAAF season, the ACC has managed to start off strong. While the Syracuse Orange began with a game against the North Carolina Tar Heels that spiraled into a fourth quarter meltdown, the team isn’t discouraged.

As per usual, most eyes are on the Clemson Tigers, who are favorited by sites that offer NCAAF American football betting odds to take the ACC first and the NCAAF championship title after. With stars like QB Trevor Lawrence and RB Travis Etienne, it’s easy to see why.

Teams like the Miami Hurricanes and Louisville Cardinals are set to challenge leading teams in the division. Syracuse, despite its slow start, currently ranks above the Cardinals in ACC Standings.

As the season gets underway, there are a few important alterations made to the season, as well as some star players to watch on the Syracuse squad and throughout the ACC.

Anyone who follows the Orange football program knows about head coach Dino Babers, active for four years. While he’s struggled to get the team to a winning record, he isn’t working with the same team that Paul Pasqualoni was in the 90s—or the team he did in 2017.

Babers has sparked a dynamism on the offensive line, but this year the roster lacks depth. Former fullback Chris Elmore, for instance, is now a guard on the offensive line. Unfair judgement is likely to be passed onto quarterback Tommy DeVito—though his numbers have fallen since the 2017-18 season.

Still, the offense needs to provide a clean line for DeVito to take advantage of. DeVito missed most of spring and summer training while healing from injury, which means he’ll need that clean line now more than ever. Babers will need to find a way to capitalize on his limited resources for offense.

After the Big Ten and Pac-12 Conferences were cancelled earlier this month, Notre Dame’s season was looking bare bones. In an effort to bolster their prospects as an eager member of the FBS, the Fighting Irish are now competing in the ACC to bolster their game count.

Despite being early in the season, it’s clear that Notre Dame will likely be the only competition capable of culling the looming title-grab by the Clemson Tigers. Being that this is the first time the Irish football program has entered a conference officially, they’re likely eager to stake their claim.

At the moment, they’re ranked first in the ACC. 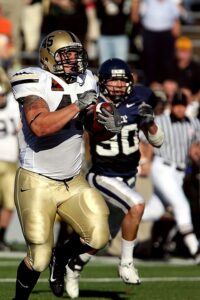 Normally, the ACC Championship Game takes place in early December to crown a champion of the conference between the Atlantic and Coastal Divisions. Given the vast alterations to the NCAAF this year, the ACC will be using a division-less format.

Rather than taking the top teams from each division within the conference, the competition will take place between the two teams with the top record across the entire conference in a ten-game schedule.

This year, the game will be held at Bank of America Stadium in Charlotte as per usual. For Syracuse, the changeup in format isn’t likely to help as it spreads the competition across the conference as a whole.

While Babers shows no signs of slowing down his momentum with the Orange, it’s clear that Syracuse will be competing to be in the middle of the pack. Fans are prepared to support their team throughout the season.

Top Quarterbacks in the ACC

As the Orange struggle to support DeVito as a quarterback and provide solid guards and receivers, the ACC is flooded with top QB talents. Trevor Lawrence and Travis Etienne are busy competing for major league deals before parting with Clemson.

Meanwhile, the Fighting Irish have Ian Book, who threw 34 touchdowns last year with only six interceptions. North Carolina, on the other hand, will be relying on the ACC’s Rookie of the Year (2019), Sam Howell, to guide them through this season.

Overall, Lawrence is the senior talent to attempt to address. After their tough defeat by the Tar Heels, Syracuse will also be looking for a way to stop Howell in the future.