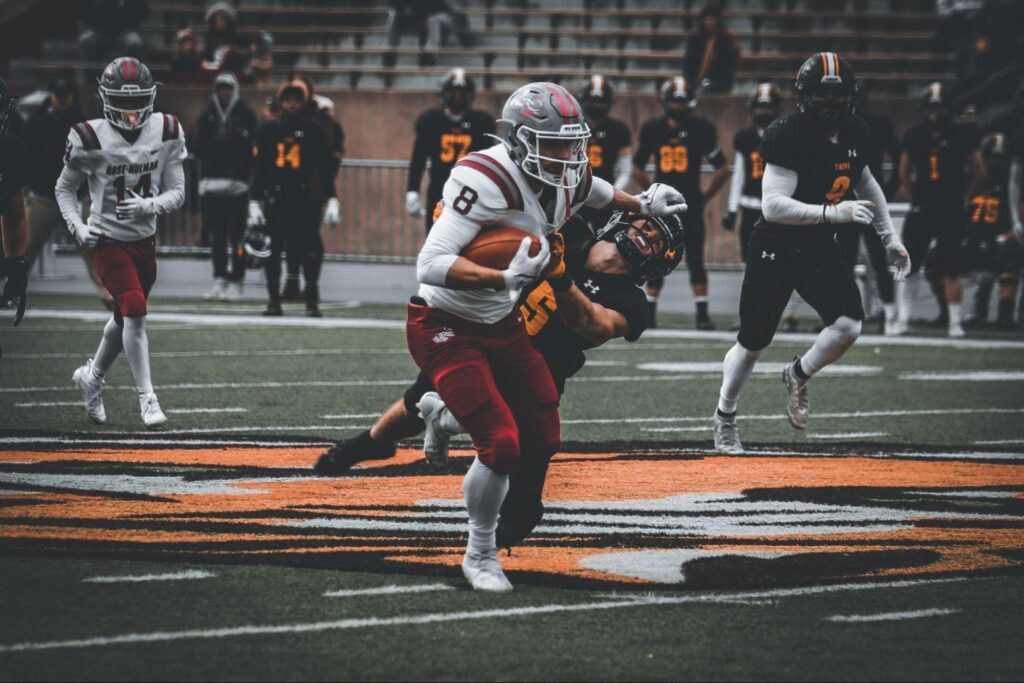 The NFL is the epitome of American Football. Every football player in the world wishes to play on the biggest stage. However, it’s a cut-throat competition at the top. Not every player from the NCAA makes it to the NFL because the cut-off is very marginal.

Even though college football is huge among students and has a strong fan base, being a top NCAA player does not guarantee a spot in the NFL draft. In the likes of the lowest opportunity of receiving an NFL contract, the NCAA allowed college football players to earn through endorsements. It was a massive breakthrough that provided stability to college football. The path to an NFL career is extremely hard as an NCAA player has to compete with players around the world.

How many college football players are there?

There are around 1.1 million football players that compete in high schools. Only 6.5% get a chance to play in NCAA Division 1, 2, and 3. Of those who are lucky enough to make it to college football, only 1.6% make it to the NFL. The primary reason is the players’ roster, as there are only 350 positions available in the draft.

NCAA players that made it to the NFL

Many NCAA players made it to the NFL. Some of them are as follows.

Chad, from Air Force Academy Falcons, could not make it to the NFL Hall of Fame as he did in college. He helped the Dallas Cowboys win three Super Bowls and played for eight years in the NFL.

Jason is worthy of the Hall of Fame as he appeared in six Pro Bowls and five All-Pro teams. He was named the NFL Defensive Player of the year in 2006 and currently holds the record for the sixth most number of sacks.

He is a legend of the game who played for Alabama in the NCAA and went on to revolutionize the game. As per some pundits, he is considered to be one of the greatest players in NFL history. He was a part of the all-decade team of the 1930s and was inducted into the Hall of Fame.

Probably the best player to come from UAB. Roddy is one of the best wide receivers and played in three Pro Bowls, and was included in the All-Pro team once.

From Arizona, Teddy was the heart and soul of the Patriots’ defense. He won three Super Bowl trophies and was picked for All-Pro selections twice. It’s still a debate whether he would be inducted into the hall of fame.

Mike is one of the few football players who made it to the college and NFL hall of fame. He was an incredible defensive player for the Raiders and the Patriots. He was selected for nine Pro Bowls and an all-decade team of the 1980s. Furthermore, his jersey number was retired by the Patriots. The fans of NFL betting loved to watch him play as he used to keep the match alive till the wire.