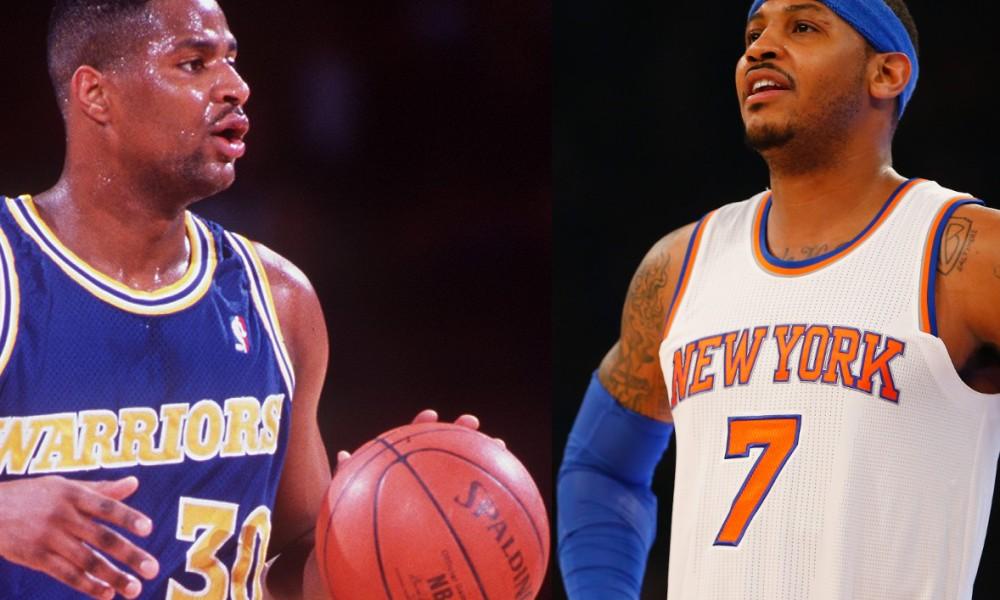 It is impossible to ignore the great Carmelo Anthony since he is one of the best basketball players. At 37-year-old, the 6-foot 7-inch athlete was a dominant force on the court. During his college career, he played for Syracuse Orange and helped the team win a national championship during his freshman year. In addition to this, the Brooklyn player was named the tournament’s Most Outstanding Player. After leading Syracuse to victory, Anthony would eventually move to the NBA. He started his NBA career with the Denver Nuggets. Today, he is a member of the Los Angeles Lakers.

During his career, he won numerous awards including three Olympic gold medals for Team USA. He has also been an All-Star 10 times. In 2021, Anthony was given the Social Justice Champion Award. Suffice to say, Anthony is a champion on and off the court. Thanks to his great performances at Syracuse, the team decided to retire number 15 in his honor.

You can bet as sportfogadás that many would add Jim Brown to the list. Today, the 85-year-old is recognized as one of the best fullbacks to ever play in the NFL. He was born in Manhasset, New York, and played college football at Syracuse. One unique thing about Brown is the fact he spent his NFL career with a single team. He was a member of the Cleveland Browns from the beginning. His NFL career starts in 1957 and ended in 1965. During this time, Brown was given many awards. For instance, he was added to the Pro Bowl nine times. He was also the NFL’s Most Valuable Player three times. In 1957, Brown stole the show and became the Rookie of the Year. He was an NFL champion in 1964.

Besides playing on the Syracuse Orangemen football team, he was great at lacrosse, basketball, and other sports. Thanks to his excellent college career, his former football team retired number 44 in his honor. During his NFL career, he had 20 receiving touchdowns, 106 rushing touchdowns, and more than 12,300 rushing yards.

It is hard to mention Syracuse without thinking about James Arthur Boeheim. He has become a vital part of Syracuse basketball. Plus, he separated himself from other basketball players and could easily be recognized as one of the best players. The 76-year-old was born in Lyons, New York. He started playing for Syracuse in 1963 and ended his college career in 1966. Surprisingly, he never went to the NBA. Instead, he decided to become a coach. The good news is that he has done exceptionally well. For instance, he has coached the United States men’s national team several times. Under his leadership, the US Men’s Team won gold at three Olympics. He has also won Big East Coach of the Year four times.

As a head coach, Boeheim helped Syracuse win a lot of basketball games. When he is leading the team, people stop playing blackjack online and take notice.

Dave Bing is one of the few players to achieve so much more. Bing went to Syracuse University and played for the basketball team between 1963 and 1966. He was the 2nd overall NBA draft pick in 1966. He started his career with the Detroit Pistons but also playing for the Washington Bullets and the Boston Celtics. During his career, he was named Rookie of the Year and an All-Star seven times. He scores 18,327 points along with 3,420 rebounds and 5,397 assists. Bing was excellent on the court, but he was destined for bigger things.

After his career was over, he became a businessman and ran for mayor of Detroit, Michigan. While Detroit declared bankruptcy during his leadership, he did a lot of great things for the city. Nevertheless, he was an outstanding basketball player.