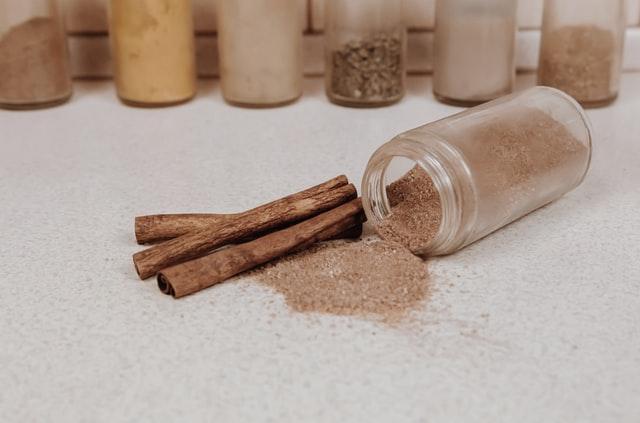 Oftentimes, we use spices to simply put a unique savory taste to our meals. From cider to lattes, one of the mainstays of most households is to put cinnamon in various food and beverages. This widely used spice has a mildly spicy and slightly warm flavor that blends well with various dishes.

You may have even heard of cinnamon as a therapeutic ingredient, which may be beneficial for people suffering from type 2 diabetes (read more) and many more ailments due to its antioxidant properties.

However, if you enjoy the delicious aroma of cinnamon, it is possible that your dog would be interested in catching a few crumbs in your meals as well. The question is: Is cinnamon safe for your furry pal?

Derived from the bark of the tropical plant, Cinnamomum, cinnamon (thus the name) is a spice that is commonly used in cooking and baking. It is used as a popular additive due to its unique aroma and taste that is used in various savory dishes like breakfast cereals, treats, teas, and more.

More than a condiment, cinnamon has also served a long, interesting history in Ayurvedic medicine. It has been used to help treat respiratory and digestive problems for thousands of years.

Despite the health benefits, it was believed toxic for pets before. However, with the growing research about this spice, it turned out the other way. 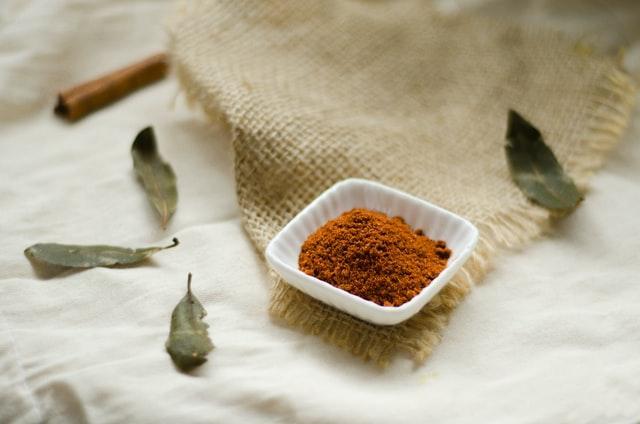 Fortunately, cinnamon is safe for our canine companions. According to the American Society for the Prevention of Cruelty to Animals, cinnamon is nontoxic to dogs (even cats and horses!). And feeding your dog a pinch of this spice can also offer health benefits aside from a tasty, delicious meal.

However, we should be mindful when sharing our table scraps with them. Or might as well, you can prepare a different recipe for them. An excess of the spice would upset their stomach if not served right. At the same time, you should make sure you’re giving your furry pal the right kind of cinnamon.

This type of spice or “true cinnamon” is considered the safest option your pet can consume due to the low levels of coumarin in this spice. Compared to cassia, this is less common, delicate, and mild (link: https://www.eatthis.com/cinnamon-health-benefits/).

Meanwhile, this type of spice is commonly found in grocery stores. This is also called Chinese cassia or Chinese cinnamon. Compared to Ceylon, Cassia is a more potent variant.

This variation of spice should be avoided if you’re sharing a meal with your dog. It contains a high concentration of coumarin, which can be toxic for your pup.

Coumarin is a natural compound found in several plants. It’s organic, yes, but if your dog consumes too much of it, your dog may experience health difficulties like liver and kidney damage.

With the advancements in pet care, we all probably have known that diet is one of the essential things to do with canine health. Besides spicing up your meal, this tasty spice has a slew of health benefits that will help your dog achieve optimal health. Adding a nutritious, natural spice can help ensure that your furry pal remains healthy for many years to come.

Here are a few health benefits:

Wear and tear of the joints is possible for our canines, especially when they’re aging. Or when an incorrect diet was utilized.

Thankfully, cinnamon contains anti-inflammatory properties. Thus, it makes an ideal for senior dogs, most significantly, who are suffering from chronic pain and arthritis. It also makes an excellent pain-reliever and muscle relaxant that will free your pup from the discomfort associated with chronic inflammatory ailments.

At the same time, this can help slow or stop bacteria growth that may harm your dog’s overall wellness. With that in mind, adding a pinch of this spice to their diet can give an immune boost with its natural power to fight infections.

Our pets can also be susceptible to developing neurological disorders the same as we do. In the UK, it is estimated that one in every ten dogs will develop a neurological condition, making it one of the most common disorders among dogs.

Based on research, cinnamon is considered a nutritious condiment that is good for the brain. It is abundant in antioxidants and helps protect both humans and dogs from neurological conditions. In studies, this spice has been shown to help with cognitive functions by improving memory, appetite, and metabolism.

Dogs who are overweight or diabetic may benefit from the use of cinnamon.

This organic spice helps regulate blood sugar levels by slowing the absorption of sugar into the bloodstream, followed by a carbohydrate-rich diet.

For instance, if you’ve fed your dog sugary treats, you can give them a pinch of cinnamon. As a general rule, you should add ⅛ teaspoon of the spice to your dog’s diet per 15 pounds of their body weight. This will help regulate their blood sugar levels and lower your dog’s insulin resistance in the long term.

Suppose your dog has been suffering from skin conditions caused by allergies. In that case, this spice may be a great addition to treating their concerns. Studies show that this nutritious spice helps combat the fungus that causes yeast infections. It is considered anti-fungal.

In some cases, dogs may not respond well to the traditional medications as certain skin conditions may resist the drug. Cinnamon, on the other hand, has shown several benefits in treating skin conditions effectively in dogs.