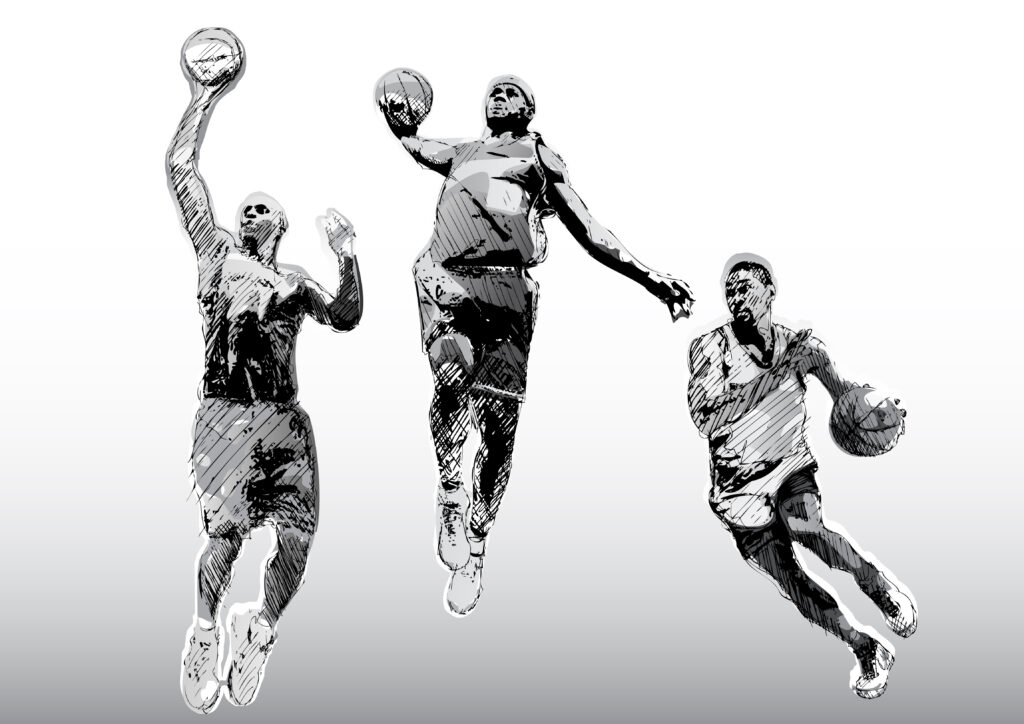 When people hear the term ‘pop culture,’ they automatically think of famous personalities or icons and trends in the current generation. Pop culture is acknowledged as the prevailing practices, ideas, beliefs, and common objects prevailing or dominant at a particular time in history. Different media like films, television, and the internet have influenced pop culture over the decades, but sports like basketball have also made an impact on it.

One of the most popular basketball organizations is the NBA or the National Basketball Association. The NBA has been able to develop a strong following among fans all over the world. With that kind of reach, the NBA has proven that it influences many aspects of pop culture. Here are just some of them:

Today, many athletes are considered style icons in and out of the court. They highlight their street style with their choice of clothes and shoes. On the court, basketball players showcase their sneakers. That’s why basketball shoes are trendy today. Many people are buying basketball shoes online, and among the most popular basketball shoe lines is dedicated to one of the league’s greatest: Michael Jordan.

Basketball players are also particular with the basketball shoes they buy. Aside from the color and style, they also look at important features that can prove beneficial to them when playing basketball. Many fashion influencers rate basketball shoes depending on their traction, cushion, and fit.

Aside from basketball shoes, a lot of people use basketball jerseys as part of their everyday attire. Street style fashion has been popular since the early ’90s, and many luxury brands are now offering basketball-inspired looks.

The NBA and the music industry have been influencing each other for many years. In hip-hop or rap songs, you might hear lyrics with NBA references or terms. Even some NBA players try to make a name for themselves in the music industry.

Damian Lillard from the Portland Trail Blazers spends most of his free time working on his music during the off-season. The basketball star has a rap persona named Dame D.O.L.L.A. which means Different on Levels the Lord Allows.

Some NBA players also spend their free time by appearing in movies. One of the most popular basketball movies is Space Jam, which stars Michael Jordan. Meanwhile, Shaquille O’Neal was part of Kazaam. Some basketball players make cameos in films—LeBron James did so in the movie Trainwreck.

Anti-racism has been a significant topic of discussion and activism in the United States. There are many different forms of anti-racism that have developed over the years, ranging from the most blatant forms of discrimination to more subtle ways of exclusion. The main goal of any form of anti-racism is to end racism on all levels. Although there have been many anti-racist movements in the past until today, the involvement of the NBA improved the awareness regarding the issue and engagement with the masses.

The NBA and its players participated in the Black Lives Matter protest by voicing out injustices and racism in the country. They also printed ‘Black Lives Matter’ on their jerseys, and some players also took the knee during the national anthem before the start of their games. In their respective communities, there were players who joined protests and movements to show their support.

Popular culture serves an inclusionary role in the community and unites people on ideals of acceptable forms of behavior. That’s why social responsibility programs have always been part of pop culture, and the NBA has implemented them as well.

NBA Cares is the primary social responsibility program of the league, and its main purpose is to help solve serious social issues globally. It cooperates with different foundations and organizations to help support causes like education, health-related issues, and youth. NBA Cares has provided basketball programs for over 50 million youth in over 40 countries.

Social responsibility and charity programs aren’t exclusive to the league as many players are also creating basketball programs for the youth on their own. For example, Le Bron James opened a school in his hometown to prioritize children with families who can’t go to school. The school also provides free uniforms, breakfast and lunch, and bikes students can use for their commute.

The popularity of the NBA cannot be denied. The influence of the league and its players are apparent in today’s society. The NBA has impacted streetwear fashion, so more people now wear basketball jerseys, basketball shoes, and basketball sneakers as part of their outfits.

You can see NBA or basketball influence in music, and some players even participate in that industry. There are basketball players who have a movie or two under their belt. Lastly, the league and its players ensure that they help create social change through anti-racism movements and social responsibility programs.