The upcoming NFL season promises to be a pretty exciting one, with things returning to a semblance of normalcy where U.S sports are concerned. A number of intriguing rookies have been drafted into the league while there are players who could end up having breakout campaigns.

This article, though, seeks to rank the top 10 quarterbacks heading into 2021/22.

Burrow played remarkably well before going down injured and is likely to return to that form in the coming season and should do very well with Ja’Marr Chase as a novel option. He’d also do well to get more protection yet he looked well on his way to register 4,300 passing yards before his injury.

Ryan has shouldered the blame for lots of what’s gone wrong for the Falcons but there’s no denying his incredible passing talent. The 36-year-old had a remarkable supporting cast around him prior to Julio Jones leaving the team via trade. Jones’ departure is expected to hurt the team’s prospects but the arrival of Kyle Pitts could take some of the pressure off. Ryan has reacted to the trade by telling his former teammate that no one else has impacted his career in the way he has.

Jackson is one of the players expected to have a big season in 2021 after being one of the most electrifying QBs to play in the league last season. The former Louisville star will have some great options, with Sammy Watkins and rookie Rashod Bateman joining the roster. Jackson is one of the players who could easily become one of the top three QBs in the NFL in a few years’ time. He will have to throw over 3,500 yards a season in order to get to that level but he’s clearly more than capable.

It could be argued that Wilson deserves to be ranked higher than No.7 on a top 10 QBs list but his consistency throwing the football is the reason for his placement. The player looked a nailed-on cert for the MVP award in midseason but ended the term pretty poorly. His issues with the Seahawks’ management could have contributed to that and it will be interesting to see if the team will try to do what they need to to keep him. 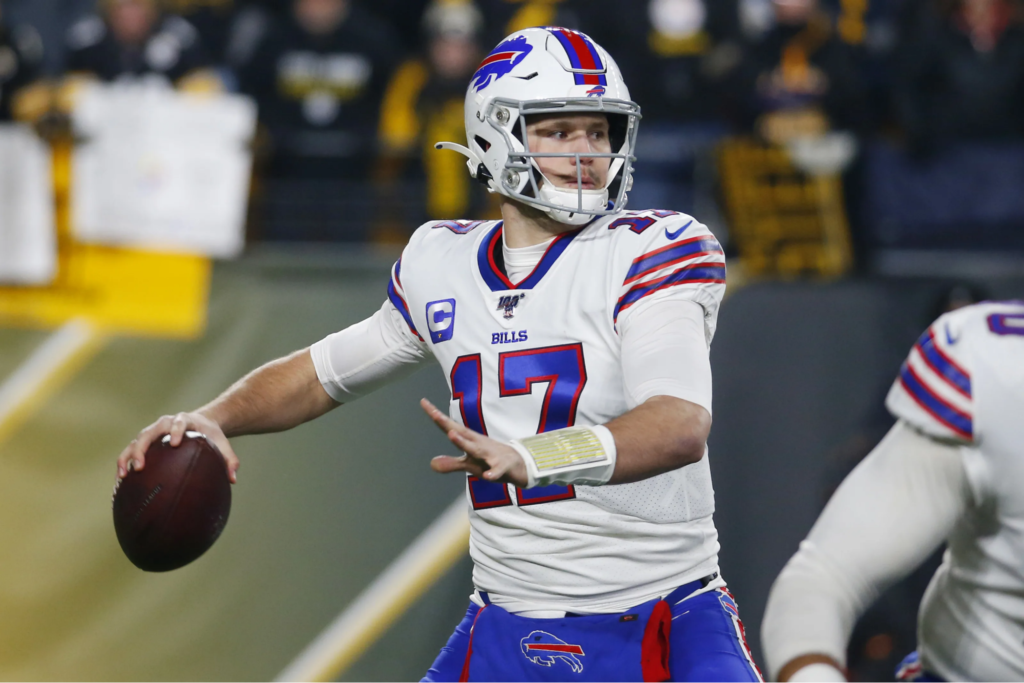 Josh Allen has turned all of his doubters into believers since leaving Wyoming. The 25-year-old is now truly a legitimate top quarterback in the NFL, having made the All-Pro last term and, heading into his fourth season in the league, looks to be quite polished as he’s started trusting his passing game more than his running.

Dak Prescott is probably the top quarterback that hardly comes into the discussion when the NFL’s best passers are brought up. That’s pretty strange given he plays for the Cowboys but you’d probably have to credit fans lashing out at him because he didn’t sign an insulting offer from the team. Nevertheless, Prescott is a top-five QB in today’s NFL.

It’s very possible Watson doesn’t play for the Texans again after finding himself on the end of multiple charges of sexual assault – those came after he asked for a trade. There’s no telling when he might play anywhere but, that aside, he’s still one of the best quarterbacks in the league.

Tom Brady left his former paymasters with egg on their faces after winning the Super Bowl with the Bucs this year. The football icon will be 45 in August, so we can’t expect him to perform with the vim and vigor of a young QB, yet he’s the best winner around. Brady will be chasing his eighth ring next season and, per the current nfl picks ats, his team’s 7/1 to repeat their Super Bowl feat. They trail only the 9/2 Kansas City Chiefs in the sportsbooks.

Aaron Rodgers ended his season rather disappointingly despite being named MVP. He would have hoped to get his first championship this year but it continues to elude him. Rodgers is likely to be one of the most dangerous passers next term but that might depend on the uniform he’s wearing as he’s told the Packers he doesn’t want to be around anymore and hasn’t shown up to training camp.

Patrick Mahomes is still the most talked-about star in football and has done some very amazing things over the last few years, leading the Chiefs to a Super Bowl victory last year on the back of an MVP season. He experienced a heartbreaking loss to the Bucs in this year’s showdown but will be extra motivated to win again next term.