It looks like things are mostly getting back to normal. After almost two years of a complete $%&*show in the world of sports—and everything else—the 2021-2022 college football season should play out as usual—albeit with limited in-person game attendance.

Heck, even Notre Dame hit the bricks and is out of the ACC and going back to their typically scheduled program of being an FBS Independent. And we have a full 12 games on slate for each of the ACC squads. 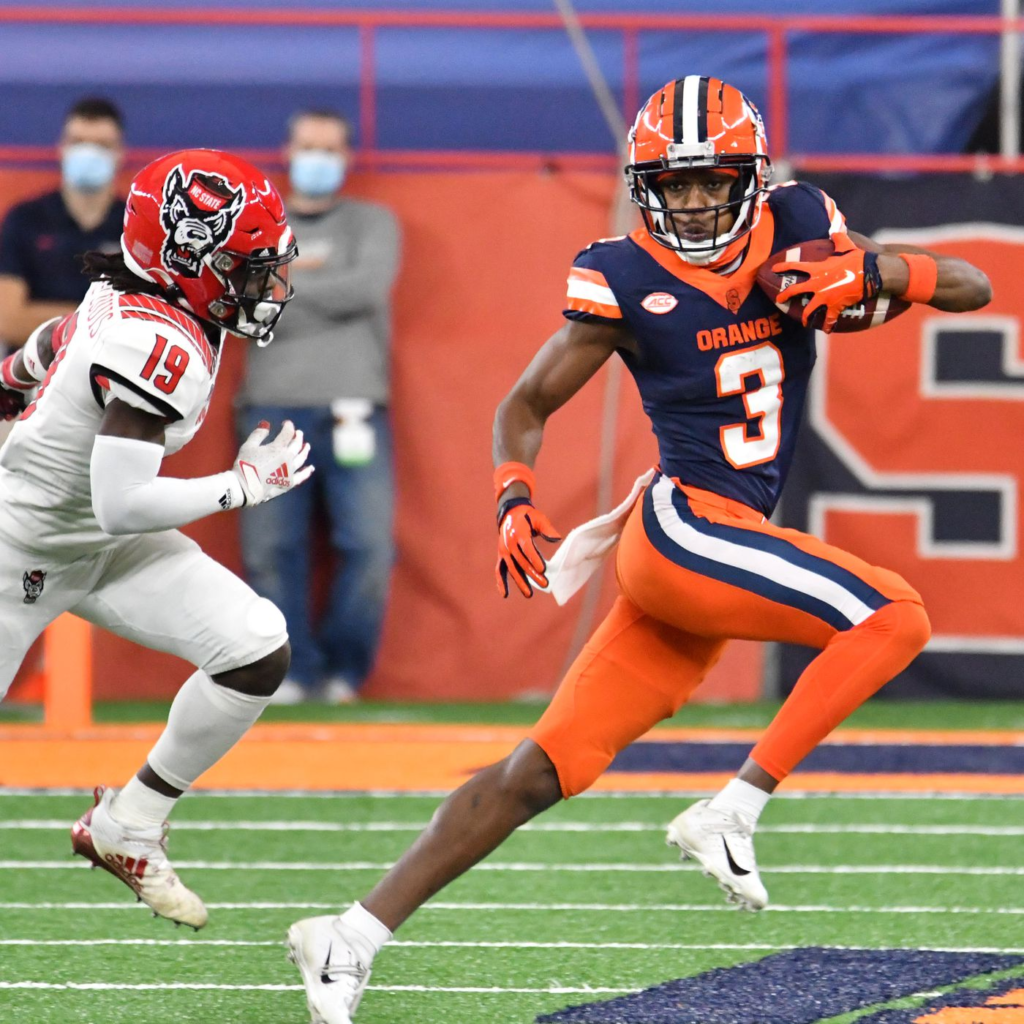 Key Takeaways from the Orange’s Schedule

I love this schedule. It provides ‘Cuse with the opportunity to build a lot of momentum early in the season. Syracuse plays five of their first seven games of the 2021 season at home. Three of those games are against Rutgers, Liberty—a Friday Night Lights game—and Wake Forest. All three of those games are, in essence, must-win affairs, and this gives the Orange a much-needed chance for revenge against the Demon Deacons.

In short, this schedule gives me hope that the Orange will have a turn-around season and get on the road to recovery following last year’s horrendous one-win showing. That said, the boys and girls in Vegas and online bookies have the Syracuse Orange’s 2021-2022 season wins total at OVER/UNDER three games.

I feel like they’ll get two right off the bat against Albany and Liberty and have a really good shot at taking down Wake Forest. Furthermore, they get Ohio in the season opener than Rutgers at home. Both of these are winnable games. Rutgers is no pushover; they had a monster Big 10 schedule last year and put up points against some of the toughest teams in the NCAA. That said, some games, they showed up, others they didn’t.

Ohio was just 2-1 last year in the Mid-American Conference. Sure, Ohio’s season was canceled almost in its entirety, but they lost to Central Michigan. So, even though this will be a road-opener, it’s highly likely that the Orange open their season with a win. If they lose to the Bobcats after a 1-10 season, I say here and now that Dino Babers get canned.

Does Syracuse Have a Shot at the CFP?

As much as I’d like to say yes … the answer is a resounding no. The Orange were on track to become an ACC powerhouse once more, but under Dino Babers, they stumbled, fell, and don’t seem to be doing anything proactive to pick themselves back up and rehab those wobbly legs.

Here is the current short-list of National Champion Odds:

Unfortunately, many pundits call for Syracuse to end up at the bottom of the Atlantic Coast Conference again in 2021-2022. That said, thanks to their schedule, I do think they will win four games this season. And to me, that is at least a step in the right direction. Even if we can’t attribute it to anything in particular that Dino does—hopefully, we see him turn this team around— getting some wins is still good for confidence moving forward and will help with recruiting. After all, top prospects don’t want to go to the school that has consecutive one-win seasons.

On the bright side, Duke isn’t looking so hot either. They have the same conference and division odds as ‘Cuse. So, they could easily be the ones at the bottom of the barrel come December. And although Wake Forest’s odds are better than Syracuse’s to win their division as well as the conference, they are not much better. So, looking at the entire picture, it’s not a stretch to think that the orange could end up third from the bottom.