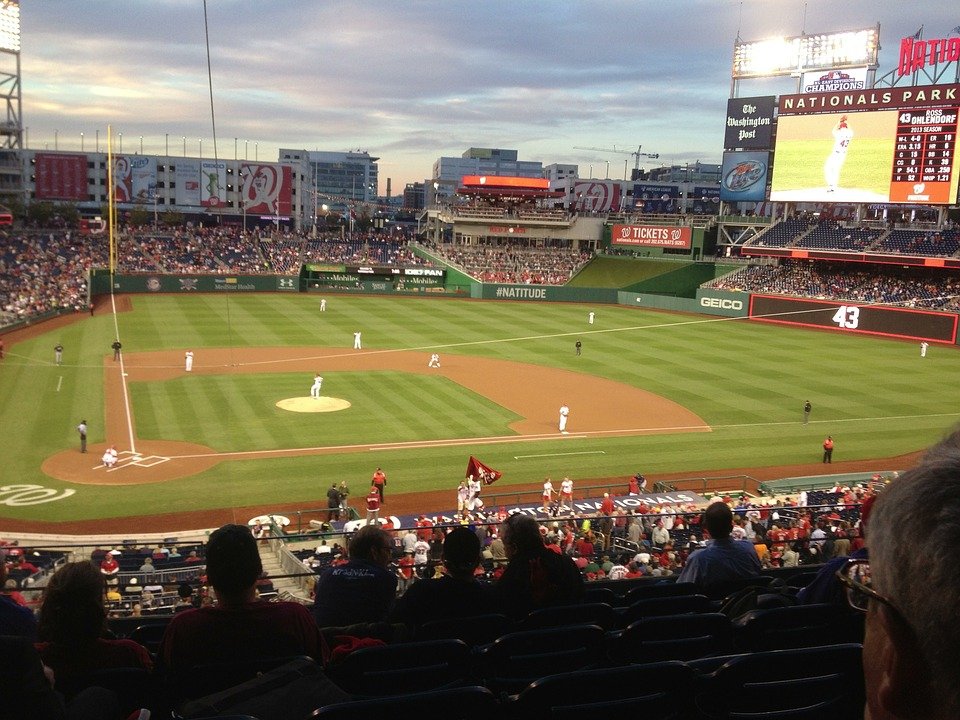 Despite the pandemic outbreak last year that affected major sports events in America, including baseball, MLB 2021 is still going. Schedules have already been set for this season before the playoffs occur in October. The event still has a long way to go to determine the baseball champion team this year.

The 30 teams from the National League and American League have been competing since the start of April. Records are now on track to determine their current status and standings. Find out their current overall team ranking right here right now.

The Boston Red Sox are clearly taking off the ranking at this period of the regular season, dominating the division, league, and overall ranking. The American League team now has 22 wins, and 13 losses, making a 62.9% winning percentage. They are going pretty strong as they keep their four-win streak against the Baltimore Orioles and Detroit Tigers.

The Red Sox played well in their recent game against the Orioles with a score of 4-3. Third baseman Rafael Devers and right fielder Hunter Renfroe homered, while relief pitcher Nick Pivetta earned his fifth win. No wonder this strong team is the top team at this moment.

Visit fanduel to find out the team’s potential to be part of the expert pick for you to wager on.

The Cardinals fall close second on the current MLB 2021 ranking with 21 wins and 14 losses, making a 60% win rate. They are the leading team of the National League and in the Central division. They are also still going stronger after having three win streaks after beating the Colorado Rockies three times in a row.

With a score of 2-0, the Cardinals smoothly sweep the Rockies off. The team’s third baseman Nolan Arenado successfully homered against his former team. The starting pitcher Adam Wainwright also pitched a three-hit ball into the ninth inning, making him the winning pitcher.

Another rising team this regular season is the Chicago White Sox. They now have a 59.4% winning percentage from their 19 wins and only 13 losses. The team ranked second in the American League but first in the Central division. After winning their recent matches with the Kansas City Royals, they are now in their three-streak win, which is a high jump in the standings.

White Sox dominated the game against the Royals with 9-3 in their recent match. Their first baseman Jose Abreu and catcher Yermin Mercedes carried and led the team by having three RBIs to beat the Royals and give them their eighth consecutive loss. Starting pitcher Lucas Giolito earned a win as well.

The San Francisco Giants ended up top four in the ranking after losing against the San Diego Padres in the last match. They now have 20 wins and 14 losses with a 58.8% winning percentage. They are still ranked second in the National League next to the Cardinals but still first in the West division.

After winning twice against the Padres, the Giants had a rough performance in their last match with the said team. Pressured by the two-streak win against the other team, they lost with a score of 11-1. Padres’ Jake Cronenworth and Fernando Tatis Jr homered and cut off the Giants’ starting pitcher Johnny Cueto, leading to his loss.

The Oakland Athletics dropped down to fifth place after being beaten by the Tampa Bay Rays. The team still got a decent record of 21 wins and 15 losses, resulting in a 58.3% win rate. They are the top three of the American League yet the top one in the West division.

The comeback of the Rays prevented the A’s sweep. The Rays’ Willy Adames and Mike Brosseau hit home runs as the Athletics’ starting pitcher Cole Irvin recorded a quality start in a loss.

The Cleveland Indians are now top six in the overall ranking with 18 wins and 14 losses, making a 56.3% win rate. They ranked fourth in the American League and second in the Central division after the White Sox.

After losing their five-streak win from the Royals against their first match with Cincinnati Reds, the Indians made their comeback on the second one with a score of 9-2. This is also a win for the team’s starting pitcher Aaron Civale with 5-0.

The third match was postponed due to rainfall and will make up the game on 9 August.

The MLB had just started last month. Expect more changes and turning events from the ranking to the teams and players as the playoffs come closer in October. Stay tuned for the latest updates!