As the 2020-21 NBA season is right around the corner, it is now great to check up on the Syracuse Orange on an NBA roster. Currently, five guys are signed to an NBA roster entering the season – including rookie Elijah Hughes. A few guys are free agents – including Dion Waiters, who is coming off an NBA Finals victory with the Los Angeles Lakers – joining Marty Byrnes as the only Syracuse players to win a Champion.

We are going to focus our efforts today on players currently on a roster. We do see a couple of Syracuse alum on the list with a decent shot at the NBA Finals. Let’s have a look at the five Syracuse Orange currently on an NBA roster and see if we can uncover some information to help with NBA betting this season. 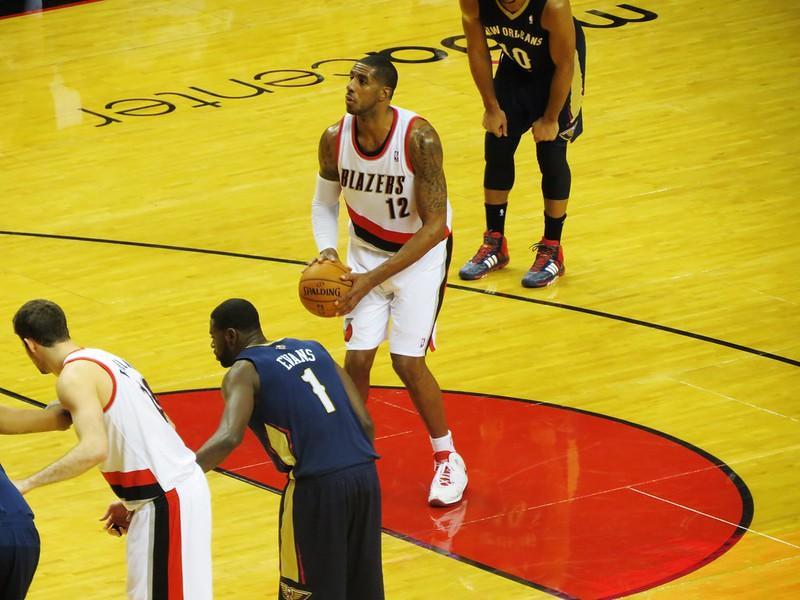 “Portland Trailblazers” by CarolMunro is licensed under CC BY-NC 2.0

Arguably the greatest player ever to come out of Syracuse – Melo enters his 18th season in the NBA. Carmelo re-signed with the Portland Trail Blazers in the offseason. Melo helped the Trail Blazers make the postseason last year – posting his second-highest three-point percentage (38.5%) and 15.4 points per game.

Carmelo needs to play 17 games next season to pass Danny Schayes (1138 games) for the most games played by a Syracuse Orange player in NBA history. Like Schayes, Carmelo’s career is marred by his team underwhelming in the playoffs. Portland has a good roster entering the 2020-21 NBA season  – but they will need some luck if they are to upend any of the top dogs in the West and make the franchise’s first Finals since 1992.

Although Oshae Brissett spent much of his rookie playing for the 905 – Toronto’s G-League team – he still managed to make 19 appearances for the professional club. Brissett’s best game in the pros came against another Syracuse alumni – Carmelo Anthony. Brissett dropped a career-high 12 points and grabbed six rebounds in a 101-99 loss.

Brissett has the best chances on this list to win the NBA Championship. The Raptors finished with the second-best record in the NBA last season. While the team did lose some veterans in the offseason, their ability to develop young players is amongst the best in the league – and should help them fill the void this season. Brissett play time this season is likely limited, though. He is on a two-way contract (although understanding what this means this season is difficult to discern), but he should get some playing time – which means he gets a ring if the Raptors win.

After re-upping for a two-year deal in November, Michael Carter-Williams is staying in Orlando for the upcoming NBA season. The 2013-14 Rookie of the Year is now only a bench player on the Magic – coming off the bench all 62 games (playoffs and regular season) since joining the team in the middle of the 2018-19 NBA season.

Carter-Williams’ chances of winning the NBA Finals this year are nearly non-existent. The team finished 8th in the Eastern Conference last season – which could be hard to duplicate this season with Washington, Charlotte, and Atlanta all improving in the offseason. If Carter-Williams ever figured out how to hit a three-pointer (25.6% from beyond the arch for his career is dreadful), he could have some trade value for a contender – and thus have a better chance at winning a championship. 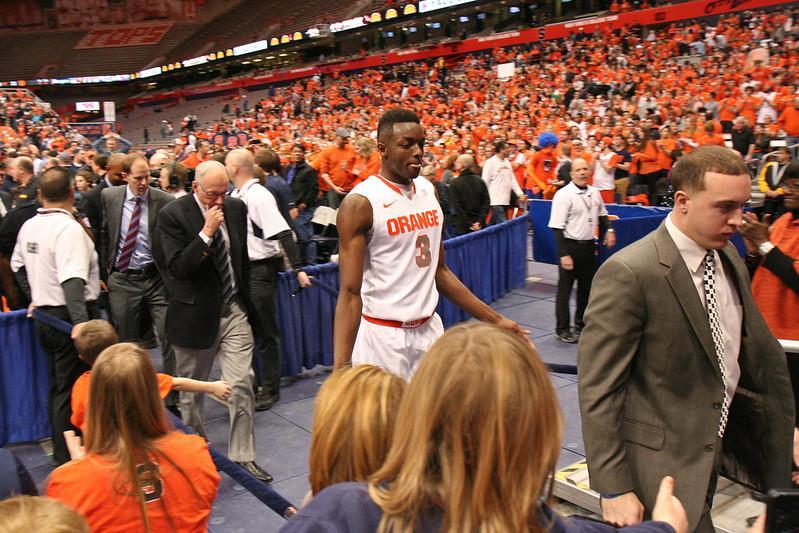 “Jerami Grant” by Jean Arf is licensed under CC BY-SA 2.0

After a productive season with the Denver Nuggets, Jerami Grant got paid by Detroit Pistons (3yrs/#$60m). Even with the addition of Grant, the Detroit Pistons are one of the weakest rosters in the NBA. Of course, not everyone is chasing a ring – especially when they are still young, and the money is too good to turn down.

Grant reunites with Troy Weaver in Detroit – who overlapped with Grant in Oklahoma City and was also an assistant coach for Syracuse from 2000 to 2004. Weaver has had success just about everywhere he has been in his basketball career – and maybe adding Grant is part of his plan to rebuild the Pistons into legitimate contenders. For this season, though, the Pistons will likely wallow at the bottom of the standing.

The last player – Elijah Hughes – on our list is the most recent to play for the Orange. While we did not get a chance to see Hughes in March Madness – the Utah Jazz liked what they did see and traded for his rights at the 2020 NBA Draft.

Hughes joins a talented roster in Utah – which could mean limited playing time to start his career. Hughes is a shooting guard. The Jazz have one of the best young shooting guards in Donovan Mitchell and also have Jordan Clarkson, who finished third on the team in scoring (and signed an extension with the Jazz). Expect a small roll for Hughes on a competitive Jazz team that could expand because of injuries or illness.